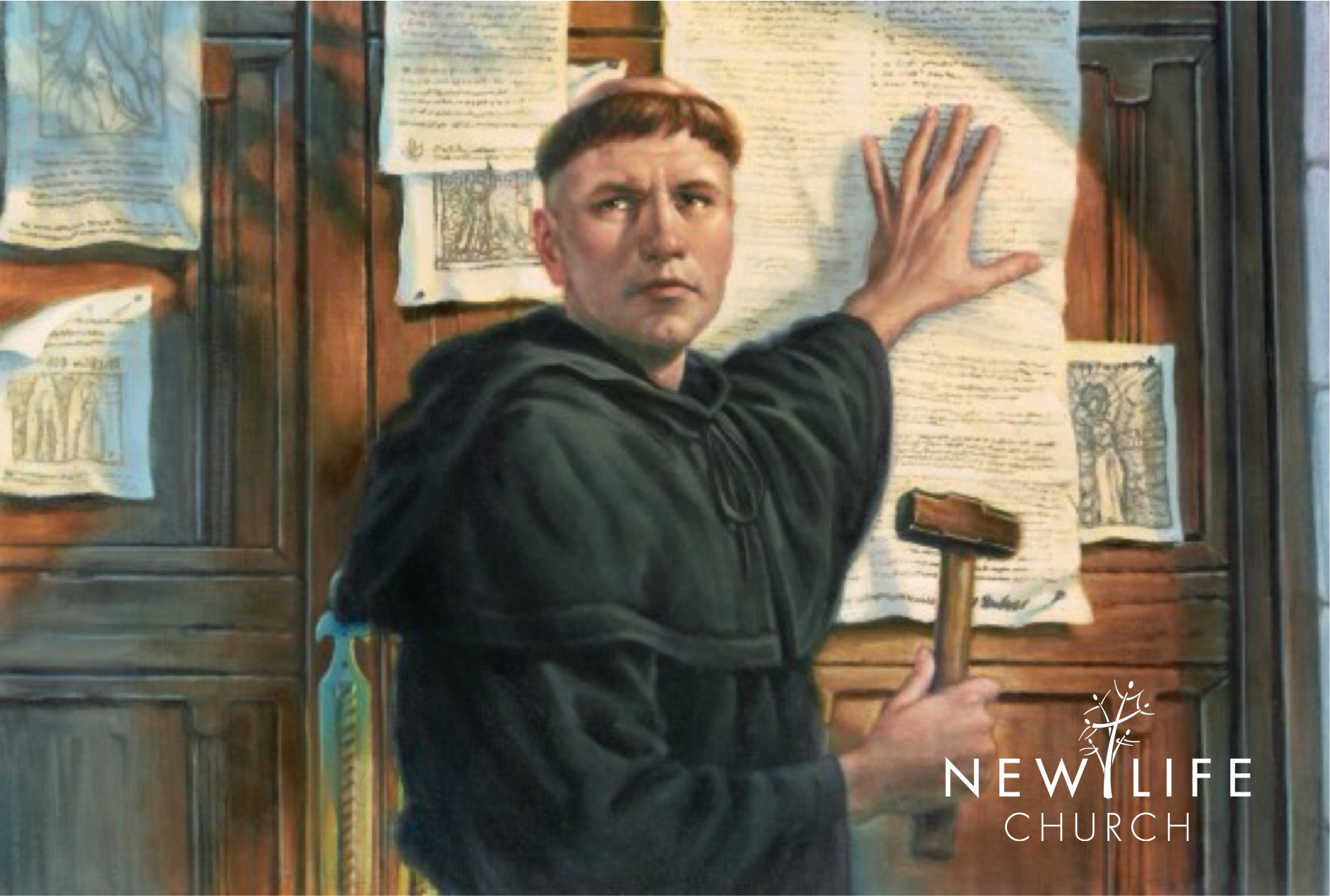 Do you know what is so significant about the 31st of October? No, I am not thinking about ‘Halloween’, but rather the anniversary of the official start of the Reformation. Five hundred and one years ago, on the 31st October 1517, Martin Luther posted his "95 Theses" on the door of the Castle Church in Wittenberg, Germany, which sparked the Reformation and gave birth to the Protestant Church.

His theses was a list if statements that addressed deep doctrinal concerns which were evident with certain Church practices. “Luther did not immediately reject the Roman church. On the contrary, he intended to be an obedient servant, teaching theology from the Bible. What persuaded Luther to act was the sordid abuse of church authority – the sale of Indulgences”.[1]

In 1505, Pope Julius II had decided to knock down the old St. Peter’s and build a new basilica and his own tomb to match. It was time to make Rome magnificent once again. But that didn’t come cheap, so the Roman church embarked on a fundraising campaign. It was this campaign that brought Johann Tetzel to Germany to sell indulgences. Indulgences were certificates of pardon authorized by the Pope.

The Roman Catholic Church at that time taught that these pieces of paper could shorten the time suffered in purgatory by the buyer, for himself or his deceased relatives. The Dominican friar Johann Tetzel, with his tasteless reassurances, was in charge of this ‘ministry of mercy’. He would declare that anyone buying one of his indulgences would find mercy from God even if he had defiled the Virgin Mary. Only a degree less vulgar was Tetzel’s jingle “As soon as the coin in the money-box rings, a soul from purgatory springs!”

Martin Luther reacted to this blatant abuse of authority, which forced Luther and his fellow Reformers to turn to Scripture as their sole infallible authority. They found in its pages the teaching that sinners are justified (accepted as righteous by God) through faith alone in Jesus Christ alone. This was the gospel of the Reformation.

This was the error of the Galatian legalists & the apostle Paul called it ‘a different gospel’. In Galatians 1:6 as well as verse 9, Paul says “As we have said before, so now I say again: If anyone is preaching to you a gospel contrary to the one you received, let him be accursed. “ Jesus Christ alone is himself “our righteousness, holiness, and redemption” (1 Cor. 1:30). There is nothing that we can do to earn our righteousness. “For by grace are ye saved through faith; and that not of yourselves: it is the gift of God: Not of works, lest any man should boast.” (Eph 2:8-9).

Scripture teaches that works are a result of our faith. First comes the root, and then comes the fruit. There can be no fruit unless our root is firmly in Christ. The reformers agreed with scripture! Martin Luther said “If works and love do not blossom forth, it is not genuine faith, the gospel has not yet gained a foothold, and Christ is not yet rightly known.”[3] Virtually all the creeds that came out of the Reformation identified good works as the inevitable expression of saving faith. These Reformers were passionately thinking and teaching about Christian truth and its practical outworking in the Christian life.

While the foundations of Christianity (including the biblical gospel), were being threatened, God raised up Martin Luther and others, to preserve the truth of the Christian religion.

According to Christian author J.I. Packer; “the reason why the reformation happened, and Protestant churches came into being, was that Luther and his fellow Reformers believed that Papal Rome had apostatised from the gospel so completely in this respect that no faithful Christian could with a good conscience continue within her ranks.”[4]

What is sad today is that that so few contemporary Christians have any real sense of what happened during this pivotal time in Church history. Many professing protestant Christians will celebrate Halloween, but have very little understanding of their heritage or the reasons for the Reformation.

In the next few posts I will be focusing on the reformation as a lead up to the 501 anniversary of the Reformation. On the 26th October, we as a church will observe Reformation Friday as we dig deeper into the scriptures around these wonderful doctrines that were rediscovered by the Reformers.

My prayer is that this series will give us all a greater appreciation of the church’s history, so we will benefit from knowing and understanding the history of the church and the history of our faith, which will hopefully result in a deeper study of the doctrines these reformers were ready to die for, and a deeper love for our Sovereign God and his amazing grace.